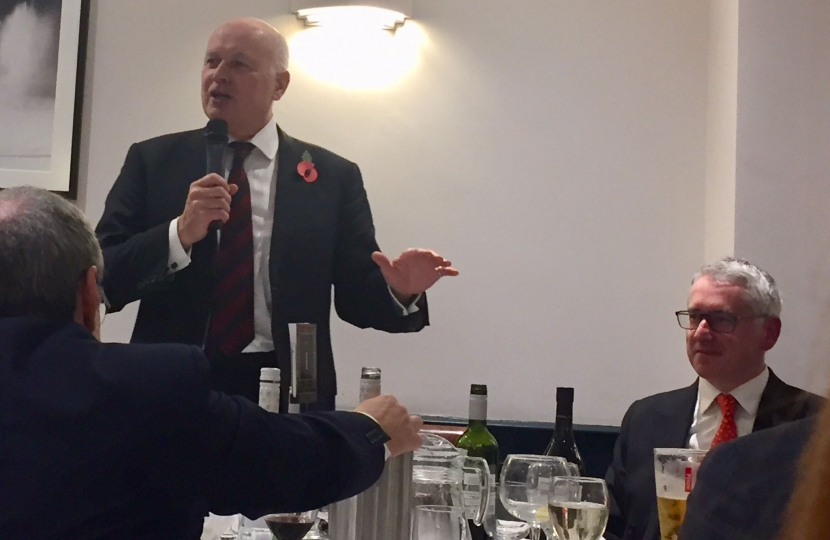 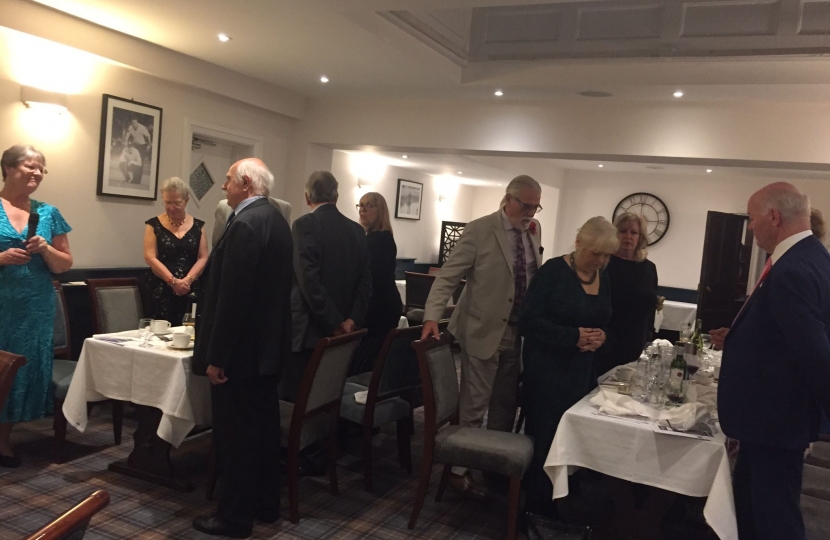 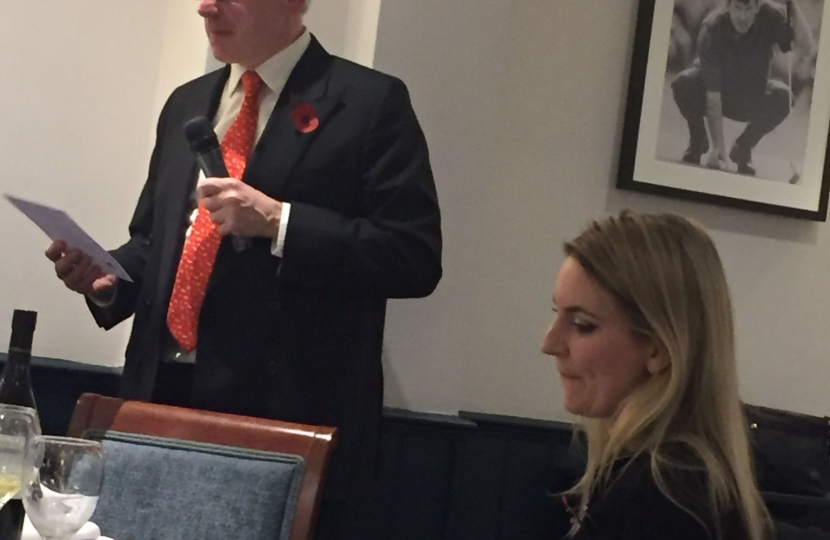 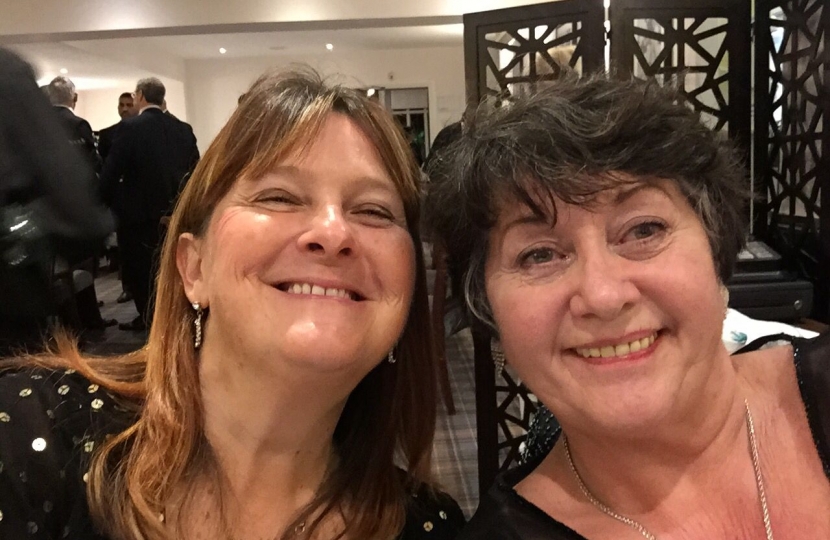 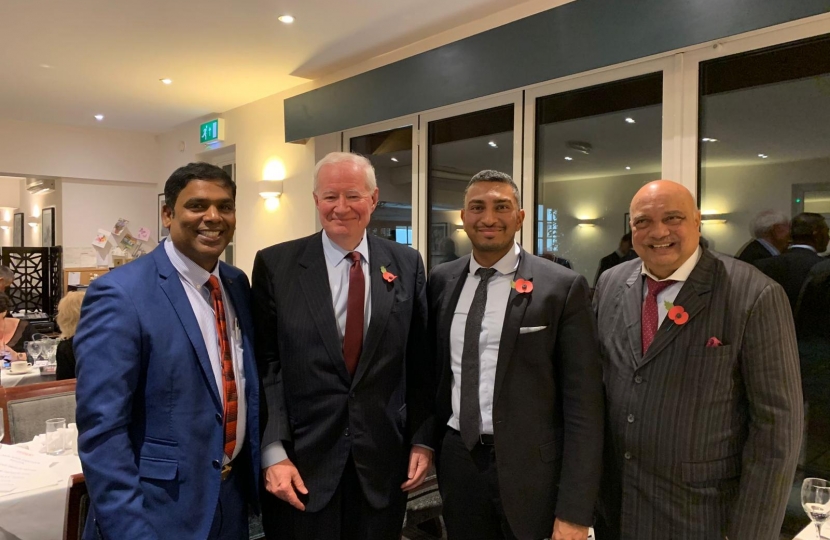 The Hornchurch and Upminster Conservative Association was delighted to hold its annual dinner for 2021. The association was lucky to have guest speakers of Rt Hon Sir Iain Duncan Smith MP and Julia Lopez MP, who joined our own Association Chairman, Dominic Swan. Despite the cold, dark night, the evening was warm and jubilant with guests having a good time.

Guests enjoyed listening to Sir Iain talking about his father, Flt Lt Wilfred George Gerald Duncan Smith, and his time at RAF Hornchurch. He would go on to take command of 64th Squadron at Hornchurch before being promoted to Wing Commander elsewhere. This was a poignant touch on Remembrance Day and, after a two-minute silence, put into perspective how fortunate we are to have our freedoms. Sir Iain went on to thank members for their work in the 2019 election to help campaign in Chingford and Woodford Green. To lighten the mood from the sombre reflection, Sir Iain went on to recall funny stories of his time as Work and Pensions Secretary before finishing on the threat of China.

Julia echoed the importance of RAF Hornchurch by reflecting on her recent visit to the RAF Hornchurch Heritage Centre with IDS. She would go on to tell members about her recent promotion to Minister of State for Digital, Media, Culture and Sport. Julia finished by talking about the constituency and what she was doing in parliament.

Dominic warmly thanked those who helped organise the event, particularly Adam Baker, the chief organiser. while the raffle was also well received. The auction fetched stiff bidding for a Tiger Moth Flight Experience courtesy of The Tiger Club; a bottle of whiskey signed by the Prime Minister Boris Johnson and a glass model of a Jaguar E-Type. The merriness went on with guests singing, perhaps some better than others, the national anthem..