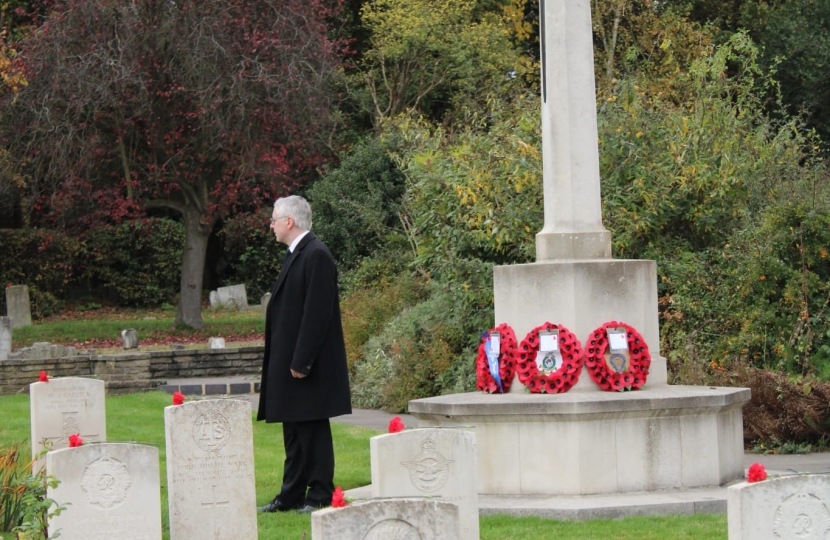 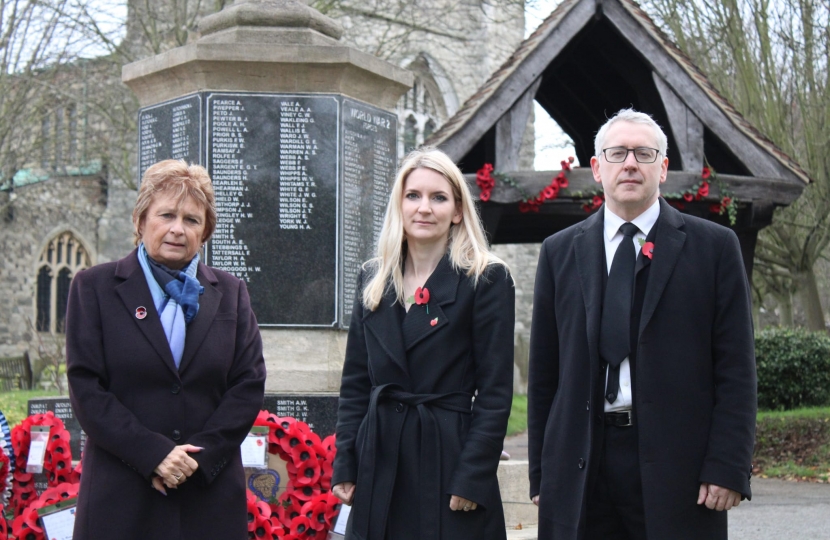 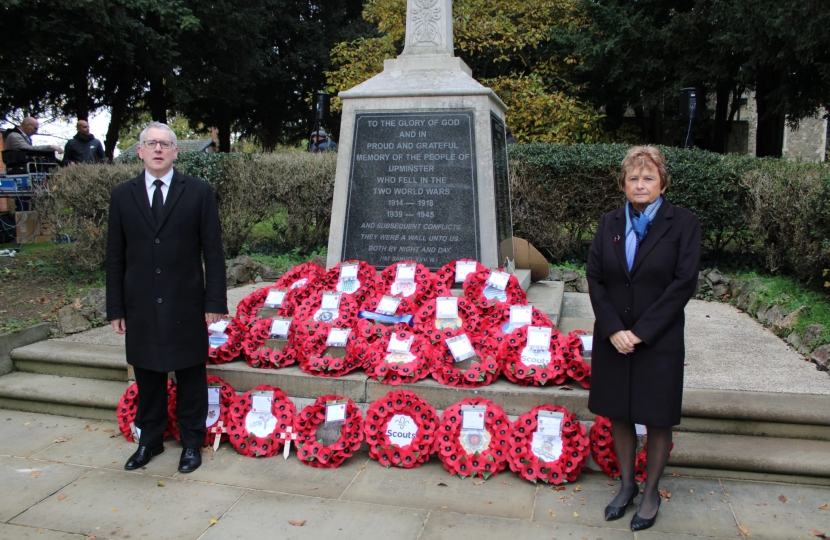 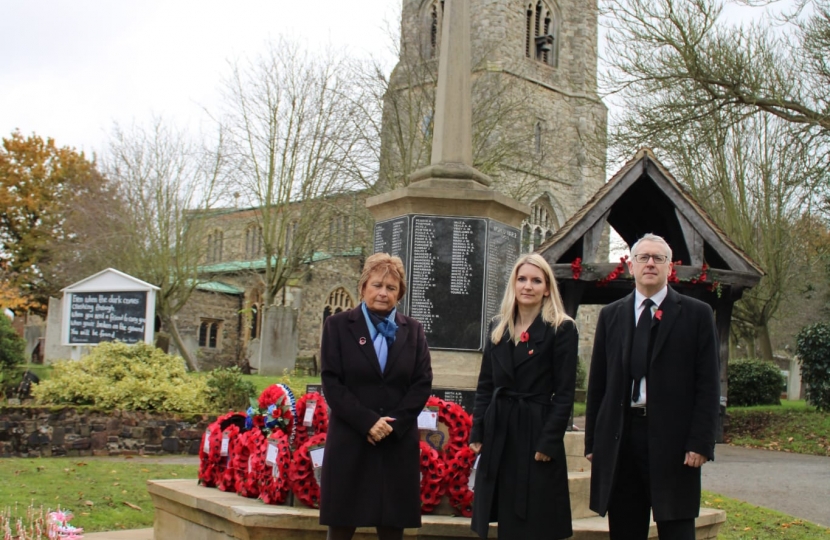 2021 marks the centenary anniversary of the Royal British Legion, who, every year in war and peacetime fundraise to provide help to our veterans and the families of those who served. Their biggest fundraising comes through their poppy campaign. The poppy- the sign of hope upon the slaughter and bravery - grew strong on the battlefields of mud and blood.

It is with that hope, people from all walks of life and all political persuasions came together to pay their respects to the fallen and those who fight today. The crowds of poppies lined the streets as the parade jubilantly marched past them.

The Hornchurch and Upminster Conservative Association laid wreaths across the constituency, including Julia Lopez MP at St Andrew's Church Hornchurch and Dominic Swan and Sue Connew at St Laurence Church Upminster. With a fully operational airfield in WW2, Hornchurch became a focal target for bombing raids with many airmen and civilians tragically dying as a result.

At the graveyard red poppies were put on top of the regimented gravestones, a sombre tribute by the children of Sanders Drapers school. The school is famously named after FO Raimund Sanders Draper, who after suffering an engine failure on take off from RAF Hornchurch deliberately crashed to avoid the oncoming school, killing himself as a result. It is the same sacrifice of all personnel we remember and honour.

Words will never be able to truly do justice to the monumental impact of war but we can ponder in reflection and share the stories of the past. The grey stone of monuments turn red in a field of poppies, the melancholic transformation of sacrifice. We have all experienced a loss of our freedoms in the pandemic but now we can pay tribute and thank those who died for the freedoms we are lucky to have. A glorious dead who gave their today for our tomorrow.

Transport Secretary Grant Shapps on building a railway fit for the future.