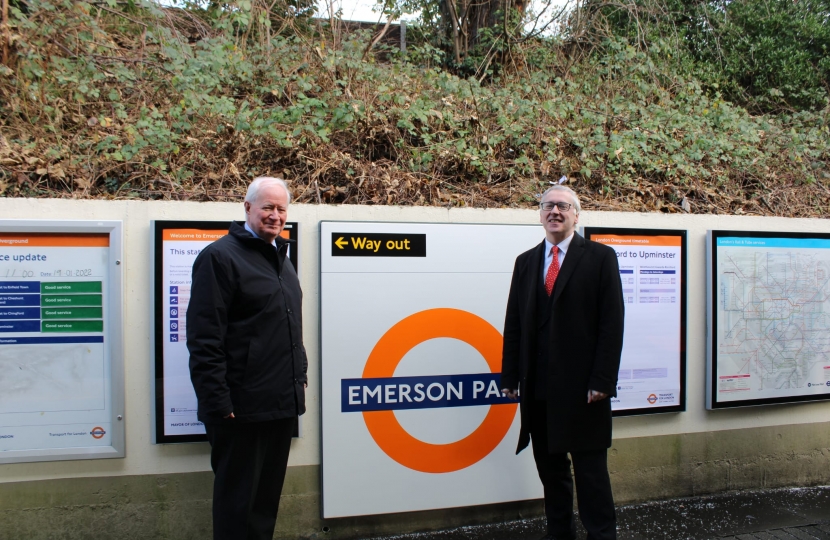 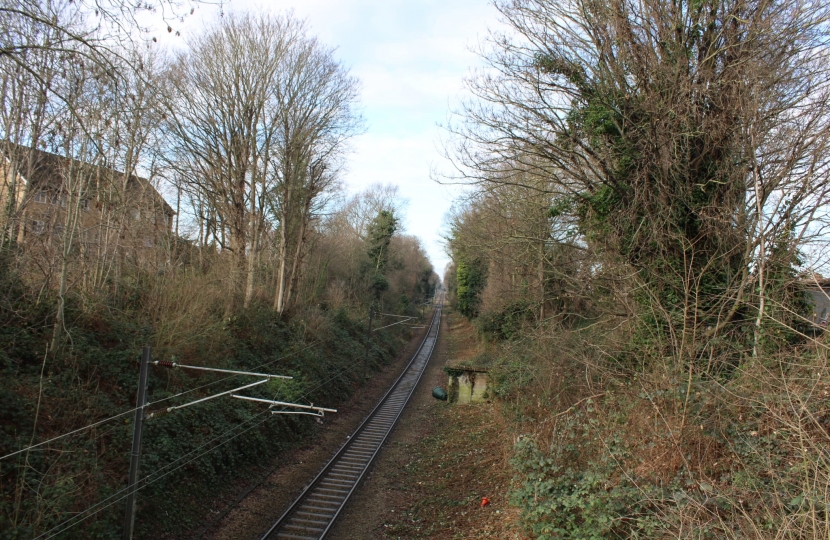 Julia Lopez MP and your Emerson Park Conservative Team have received many complaints about Network Rail’s felling of trees alongside the Upminster to Romford Railway line.

While it is necessary to keep the railway safe for all of us, we are very concerned about the lack of consultation, both with local residents and with your MP and Emerson Park Councillors.

Many people are concerned that:

- Their privacy will be reduced, and noise pollution increased.

- The use of pesticides may harm their domestic animals, particularly if they do not know when to keep them indoors.

- Removing trees will make their ground and basements more susceptible to flooding and subsidence.

- Wildlife, including protected species, will lose their habitat.

Julia and other local conservatives have raised these issues with Network Rail, and Network Rail attended a zoom call with local residents and Councillors on Monday. Dominic Swan, Chairman of Hornchurch and Upminster Conservatives, and Emerson Park Councillor Roger Ramsey both attended.

- Apologised for the lack of consultation, and promised to halt removals until this can be carried out.

- Promised that trees would be pruned rather than removed where possible.

This is good, but not enough.  Hornchurch & Upminster Conservatives are therefore calling on Network Rail to:

1. Consult with residents in each street, reaching agreement as to which individual trees need to be removed, before taking any further action. A “consultation” that simply says that they are going cut some trees down, without specifying which ones and why, is not sufficient.

2. Publish their original aerial survey identifying which particular trees needed to be cut down, so that residents can comment, and check that only those ones have been taken.

3. Replace any removals with species whose leaves do not cause issues for trains, to restore privacy and soundproofing.

If you back our demands, or want to provide any additional feedback, please sign our petition below.

Our Plan for Growth

Chancellor Kwasi Kwarteng on Our Plan for Growth in the economy