A Tribute to James Brokenshire from Julia Lopez MP 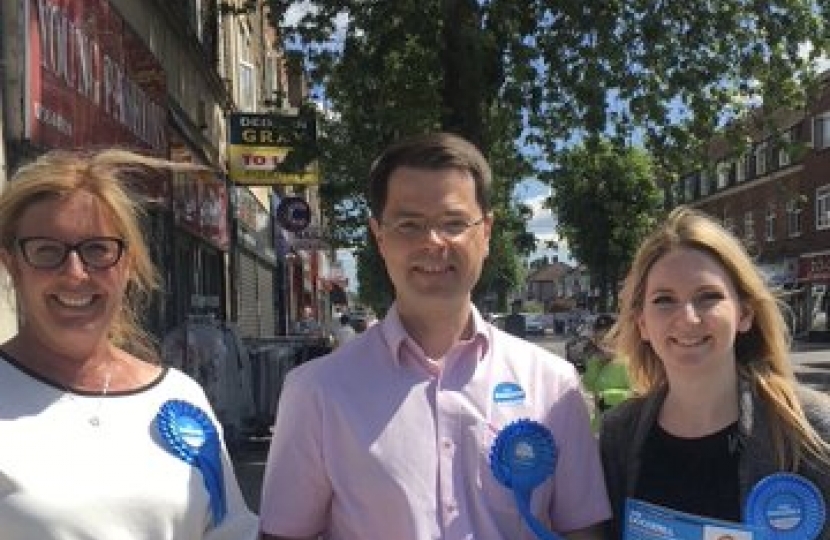 As the MP for Hornchurch & Upminster, I was incredibly sorry to hear of the death of my predecessor, James Brokenshire, who served the communities of Hornchurch, Elm Park, Wennington and Rainham from 2005 until the Hornchurch constituency was dissolved in 2010.

I first met James when he graciously helped me campaign in the 2017 General Election in Elm Park. He had by that time risen to be a Cabinet Minister, serving as the Secretary of State for Northern Ireland. It was a strange sight to see him energetically and cheerily going to each door with a full security detail in tow, complete with Range Rovers and police officers! He was kind, good natured and generous with his time.

Hornchurch residents spoke highly of the service he gave the community, and after I was elected to represent the seat of Hornchurch & Upminster we became London colleagues through his role as the representative for Old Bexley & Sidcup. He has served our capital with dedication, dignity, and rigour as a constituency MP, and our country as a Home Office Minister and well-regarded Secretary of State for Northern Ireland and Housing. It was in his most recent role as Security Minister that we worked together in government, and I saw his expert chairing of the gross-government committee preparing for the end of the EU transition period. He was unflappable and highly professional, and our nation has benefited tremendously from his contribution to public life.

It is a tragedy to have lost a public servant like James to cancer at such a young age. I pass my deepest condolences to his wife and children and think today of all individuals and families who are affected by this cruel disease. On behalf of Hornchurch residents, I would like to thank the Brokenshire family for the service they gave our constituency and for the work James did to make our country safer.

Julia Lopez MP and your Emerson Park Conservative Team have received many complaints about Network Rail’s felling of trees alongside the Upminster to Romford Railway line.